Previously, we looked at Judge Dredd: Superfiend, a fan film that had a lot of comic influence, but put a wacky twist on the story and sound design. Inversely, the Judge Minty fan film stays true to the comics, but gives it a realistic twist similar to Dredd 3D. Fitting with The Rad-Land’s theme of post-nuclear fiction, the majority of the film takes place in the radioactive wastelands of the Cursed Earth. 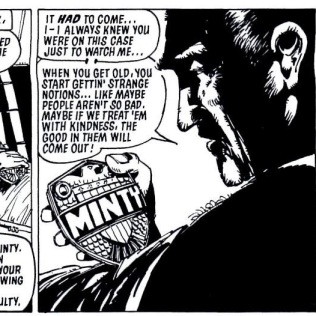 Story: The film concerns Bill Minty, an aging Judge who was severely wounded in the line of duty. Minty rejects a teaching position at the Academy of Law and instead decides to take the Long Walk, exiling himself to the Cursed Earth to bring law to the lawless. What’s interesting about this film is that Judge Minty was actually a character who briefly appeared in Judge Dredd (and was recalled just before Necropolis). The film knows this and mirrors the story exactly as it occurred in the comics. The camera angles and dialogue match up perfectly. The film’s opening act is truly a Judge Dredd comic come to life. Once Minty has entered the Cursed Earth, the story picks up speed as he is hunted by a war party of mutants led by Aquila, an extremely powerful psyker.

Establishing Shots: Every fan film does at least one thing exceedingly well. For Superfiend it was sound design. For Judge Minty it is establishing shots. Each act of the story opens with an establishing shot: First of Mega-City One, then of the Cursed Earth, and finally the village of Fairville. The film opens with the voice of a lone dispatcher, but quickly builds up to dozens of voices reporting crimes at the same time. Immediately, the audience gets a sense for the chaos of Mega-City One, which juxtaposes well with the lawless Cursed Earth. The wasteland itself is given a lengthy introduction, but one that serves to better the tone, establishing that the Cursed Earth is a nearly lifeless place where only near-human mutants and other monstrosities remain.

Characters: Although the set design in Judge Minty is top-notch, the characters themselves are lacking a bit. Judge Dredd characters are generally straight forward lawful neutral archetypes, but after the first act, Judge Minty is essentially one long action scene with less characterization than Dredd 3D. The main villain doesn’t speak. Any change in Minty’s character is internal, without dialogue. Unfortunately, although the film excels in many areas, the acting is the weakest link. Some of Aquila’s soldiers are borderline cringey.

Mutant antagonists with visible faces more often look silly than intimidating. Luckily, the mutant leader conceals his face and acts only with body. That having been said, the actor playing Aquila (the mutant leader), does a good job of appearing both intimidating and mysterious as he uses only his hands and a wide eyed expression. The mutant’s costume design is excellent and his war party invokes a variety of Mad Max-esque marauders, each of which has a costume cobbled together from scrap. The antagonists’ costumes look properly wastelandish while the framing and editing creates a tone similar to The Purge.

The Judge costumes are also true to the source material: black zip-up jumpsuits. green padding, and gold pauldrons. Even the famous Cursed Earth cloak makes an appearance.  The actor playing Minty is effective at being stern and gritty, but I couldn’t help noticing that the Judge helmet flattens his nose. Judge Dredd briefly appears (as he does in the comics), but he doesn’t feel quite right. His gruff voice feels forced and his jaw line doesn’t live up to the nickname of “old stony face”. However, these are nitpicky and ultimately shouldn’t distract from the action scenes and impressive tone setting. 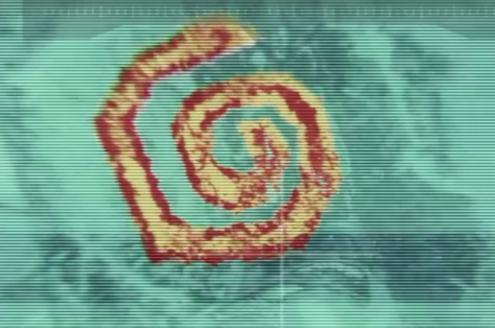 Attention to Detail: Like Superfiend, Judge Minty’s background static is heavily influenced by comic references. In an interesting story telling decision, Mega-City One’s radio is heard throughout the first act and is shown to be originating from Minty’s helmet. The exposition fades properly when the Judge removes his headgear. Background radio chatter references Otto Sump’s first appearance, the banning of Umpty candy, Robot Wars, skysurfing, and much more. What’s most impressive is that the film is consistent with the comic’s timeline. Minty’s Long Walk was relatively early in the Judge Dredd story line, but the references to the Robot Wars and Otto Sump are well placed within the context of the story. Someone did their homework.

Despite its length, the film is surprisingly dense, full of inside references, good set design, internal consistency, backstories, a fun villain, and a fair amount of set up and pay off. Plus, it explores the often underappreciated Cursed Earth and does so beautifully. Overall, Judge Minty is another half hour fan film that is a must see for any Judge Dredd fan. 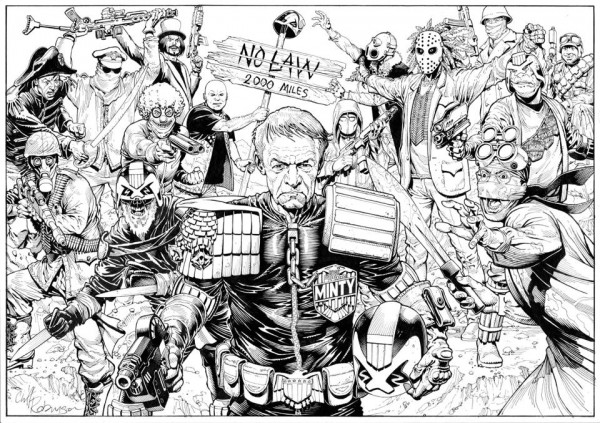