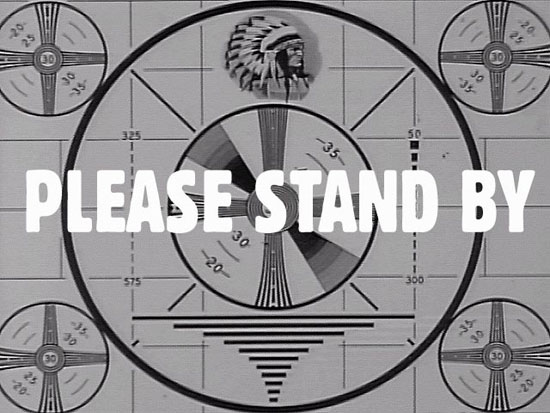 As you may have noticed, the Rad-Lands has been silent for almost seven months now. With Wasteland Weekend just a month away and The Rad-Lands turning two years old on September 1st, I figured it was time I explained what’s been going on this past year, talk about the site, the community, and the future. If you’re not interested in my personal stuff, just know that regular content should resume on Monday, September 3rd. Thank you for standing by.

So what happened? The short answer is I lost my job. I had been doing regular audiobook and commercial voice overs for the past two years. Long story short, the client I had an exclusive deal with sold his book rights to another company. I went from working on audiobooks for eight hours a day to having nothing at all. More than anything, this gave me immense anxiety about financial security, especially since I had no benefits. But that’s just how things go in freelance. I’ve spent the last few months looking for permanent work to no avail.

The longer answer about why I disappeared completely is a bit more complicated. I had become addicted to Twitter in a bad way. I really craved seeing new content from others, joining conversations, and getting likes to an almost unhealthy degree. I want to be clear the post-apoc community has been fantastic, welcoming, friendly, and tightly wound. One day in early March I deleted the app and hadn’t looked back since. That provided a sense of finality for a while, completely severing my connection to social media, the tribe, and everyone I’d met along the way.

To fill the void and rake in some income, I’ve been running my startup business Formula 47 Wings in the background. Between manufacturing, event preparation, sales events, and looking for a job in the background, the sauce consumed a lot of my time. I’m pleased to say though that in that time we’ve been doing very well. The sauce is in a few stores, won another contest, and now has a website. Expect to see a link to the website in the sidebar.

The final straw was May 2018. I was really starting to turn things around and even prepared a new schedule when I lost a few close family members in less than a month. After spending several weeks in hospitals and funeral homes, I wasn’t in the mood to write about the apocalypse. Instead, I started writing for TechRaptor.net. I’ve done a handful of posts for them about game design and interactive storytelling outside of the normal confines of post-apocalyptia.

Over time I grew embarrassed about making a return, fearing the inevitable explanation and reception to abandoning everyone and confessing that I had become distant from the post-apocalyptic world. For about two years I “lived” in the world of MUTATION. I could clearly see things happening, I was always writing notes, I had been tidying up a WIP novel, and I felt connected to the fiction. After being away for a while, I stopped living in that world; everything became blurry. That only made it harder to pick up where I left off.

I had always intended to come back. For the past seven months, I’ve been silently watching site traffic, seeing it increase bit-by-bit even when I wasn’t posting anything. When I stopped posting we typically got a maximum of 50 clicks per day and 500+ on days where I posted articles to reddit. Now, we get around 75+ every single day. That’s the power of SEO.

Getting the site renewal notification and thinking about Wasteland Weekend costumes was what really kicked me into gear. I hear Mark Cordory is coming to Wasteland this year and I’ll be really excited to find him. To everyone that I left behind, I’m really sorry; I just left you hanging. I especially feel bad because I had just done an interview with Evan (From the Wastes) and received a copy of J.J. Shurte’s book “Days Too Dark” before I went quiet.

Assuming I can find my footing again, there are a few things I’d like to change in the future.