I grew up on sci-fi, fantasy, and horror. As a kid, I immersed myself into Lovecraft and 70s-80s slasher films. What I was really after were the concepts. I craved ideas with hideous worldbuilding undertones. Growing up, I never found media to be terrifying because I could rationalize that it’s all performance art.

I’ve only ever found two stories that filled me with a squeamish dread. The first is my favorite horror movie, Idiocracy. The second is The People of Sand and Slag. It is a truly gruesome and disgusting tale that digs at my skin with its razor blade fingers. The blood curdling anxiety is felt long after the book is closed. 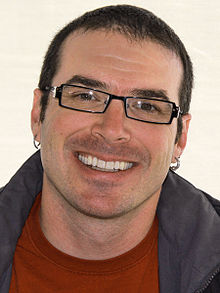 The real hook comes from the casualness of the narrator and the author’s ability to express that unique carelessness in service of an incredible reveal. From the first few paragraphs, you might think this story takes place in a generic far-future. In this story, everyone on Earth has been transformed into a grotesque cyborg, similar to Chaos Space Marines from Warhammer 40,000. Around the second page, it hits you.

The world is perfectly described to ensure maximum shock value at the reveal. On the second page, a character breaks her leg. The compound fracture is described in extensive, gruesome detail. The reader, as a human-being see this as a problem. We learn, however, that losing a limb in this world is no different than breaking the tip of your pencil. After one character shatters her leg in the opening scene, another lops off his own arm minutes later. This is when we realize something is very wrong with this world.

The People of Sand and Slag works best without visuals. The world is amazingly developed through an initial lack of detail in the environment combined with the casualness of violent, disgusting behavior. When our protagonists land for their first mission, a few clues lead us to imagine a sort of toxic forest. Yet we later learn this world is unrecognizable as Earth.

The world is described as completely lifeless crags and hills with toxic, black water.

This story could never be a movie, it would give away too much. The reason is this: Earth has effectively been destroyed. There are no trees. There are no plants. Human bunkers are cold, sterile, and metal. Everything else is sand, eroded soil, and rocks. The ocean is oily and black.

Super humans are all that remains. Fashion consists of LED tattoos and bladed body modifications. Pets have been replaced with cybernetic slaves. Food is a novelty. Humans in this world eat sand and chemical waste. A handful of animals live in zoos, but the three remaining biologists in the world don’t care about them, only how they can use animals to further their place on the corporate ladder.

Every animal on the planet is critically endangered and no one cares. This, I believe, is where the true horror in this story arises. A sci-fi world populated by masochistic cybernetic monsters and lobotomized cyborg slaves is a great premise. A completely uninhabitable Earth would be another fantastic idea. Yet The People of Sand and Slag pulls all these elements together while simultaneously making philosophical points about what it means to be human and simultaneously portraying its main characters as utterly monstrous. 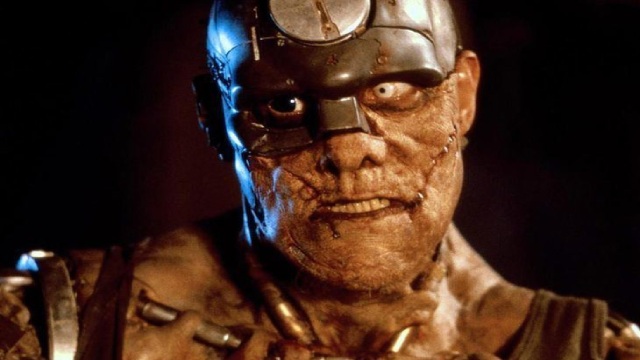 From the moment our main characters find the last wild dog on Earth, they’re excited by the idea of selling it. When they realize nobody wants a pet without arms or mounted guns, they consider eating it. At great expense, they hold off and wait for a biologist to examine it, but the biologist doesn’t care about the dog either, he just wanted a sample of its DNA.

Between scenes of accidentally crushing dog bones, the audience thinks the narrator has grown a heart and learned the empathize with living creatures that aren’t functionally immortal or easily replaceable. The narrator describes his research into dogs and dog breeding. He is excited to teach the mutt a trick. He even feels a rare glimmer of fulfillment as the dog climbs into bed with him.

All this amounts to our main characters stupidly taking their dog on a Hawaiian vacation (remember the entire planet is petroleum black ocean, rocks, and sand) then getting mad at the dog for eating poisonous plastic and breaking its legs in a barb wire field. The narrator learned nothing. The ouroboros gagged, but did not stop.

They knew the dog needed filtered water, special food, and filtered air, but they took it to a beach instead of leaving it in the bunker. Why did they do this? To get envy of others for having a living dog? We never find out. The only characters are the biologist and four mercenaries with razor blade skin. It’s frustrating because an amazing foundation is thrown out in service of stupid, selfish protagonists.

Faced with near-immortality, the characters in this story are sickeningly violent. They split their flesh open to have blades and spikes as a fashion accessory. Romance is slicing at each other with razor blade palms. As a trust exercise, lovers cut each other’s limbs off, leaving one partner completely helpless for 12 hours.

Our narrator laughs at the idea of nuking Antarctic refugees for no apparent reason. Even for people who have no concept of permanent injury, everyone in this story is an objectively terrible person. The group mocks those interested in human origins. The narrator just barely holds back from slagging a biologist for fun. These characters are willing to betray their friends to purchase new cybernetic upgrades. The narrator enjoys nuking or “slagging” unarmed people for fun and literally drinking their liquified remains.

A Hawaiian beach in the grim darkness of the far future.

That is why this story is so terrifying. The People of Sand and Slag portrays selfish, masochistic human-shaped monsters then gives them a small opportunity to atone for their evils. While they can never rejoin the circle of life, they can at least offer an olive branch of peace to the planet’s last wild animal.

For a while, they restrain themselves, enjoying the dog’s company. As soon as things get a little difficult, the protagonists make a string of stupid and irresponsible decisions. They butcher and roast their pet. “It was ok.” There is no character arc as much as there is an abandoned road. The monster works toward recovering a shimmer of humanity, only to throw it all away.

Our protagonists gained nothing and learned nothing. The status quo is resorted. The black oceans, lustful limb tearing, and drinking mouthfuls of toxic sludge only elevate the horror.

What do you think about all this? Does god-like immortality and regeneration excuse the protagonists’ behavior?

One comment on “Wastelands: The People of Sand and Slag”