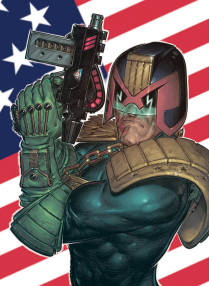 For almost 40 years, 2000 AD has provided high concept (and often silly) post-apocalyptic sci-fi with Judge Dredd. 2000 AD writers have always been ahead of the curve on technological and social change. Looking at the series as a whole, it is easy to se where our own world has crossed into that of Mega-City One. With over 2000 Judge Dredd stories, it is no surprise that some of them have overlapped with reality, but it is still fun to observe and dissect the parallels. For this series, we will periodically look at three different Judge Dredd stories and their real life counterparts. 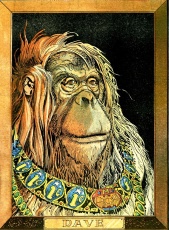 Dave the Orangutan: Unhappy with the election process in Mega-City One, citizens formed a populist movement in one of Mega-City One’s low level bars. Their candidate was Dave, an orangutan cared for by Citizen Billy Smart. Despite being unable to speak English or sign his name, Dave was able to run for Mayor simply because there was no law against it. Dave won by a landslide, capturing the hearts and minds of the citizens (generally as a joke to make up for the awful candidates). Dredd himself said it was a good thing and proof that democracy was a failed experiment (something revisited in Judge Dredd: America).

Regardless of your stance on Donald Trump, the parallel is clear. An orange faced politician rises to fame through an unhappy populist movement and ends up elected.
By no means is this meant to compare Donald Trump to an orangutan, but rather the unlikely American populist movement that arose from dissatisfaction with the status quo. 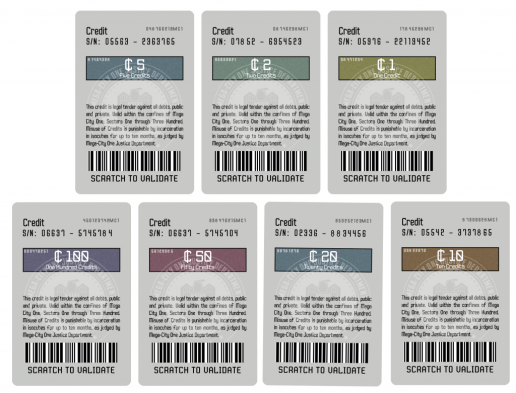 Universal Basic Income: Unemployment in Mega-City One hovers between 96-99%, based on what percentage of the population has been vaporized/executed/eaten alive throughout a given year’s storyline. Robots have replaced almost all human jobs. Given a drawing or writing sample, a robot can perfectly (and legally) duplicate creative content. In short, this means that the only way to become successful in Mega-City One is to either get on TV or become an entrepreneur. Common citizens rely on an allowance from the Justice Department to buy food, pay rent, and purchase other luxuries. Unfortunately, this means that citizens are often bored, and therefore more prone to crime just to break up the monotony.  As real life automation of labor increases, several billionaires and a handful of world governments have been pushing for a guaranteed income given to all citizens. 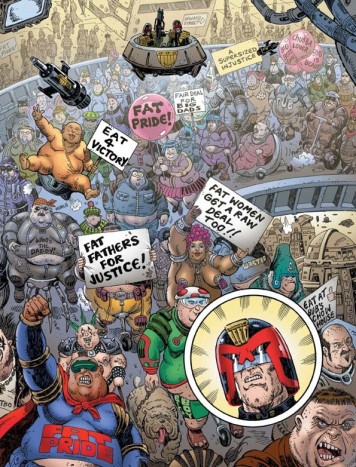 Fat Acceptance: The Fatties actually got me into Judge Dredd. I was intrigued by their belly wheels and the troughs hanging from their necks. I often find that a single interesting idea is enough to get me hooked on a franchise (Servitors for Warhammer 40k). Fatties first appeared shortly after the Apocalypse War. Due to a nuclear war, food was severely limited in Mega-City One, yet there were bored citizens who had made a hobby (and even a game show) out of eating as much as possible.

The Justice Department promptly responded by putting all the fatties in apartments blocks where chefs accounted for every calorie they ate. Citizens could come and go any time they wanted, so long as they were under a certain weight.

Although the real fat acceptance movement has never been so divisive on either side, seeing the iconic “fat fathers for justice” panel from Judge Dredd vs The Fatties brings up some clear parallels. Some of the signs in the panel read “BIG IS BEAUTIFUL” and “FAT PRIDE.” Although this was likely a parody at the time the comic was written, those two phrases have become actual slogans of the fat acceptance movement.

If you enjoyed this piece, don’t forget to look at Judge Dredd Predicts the Future: Part 2!