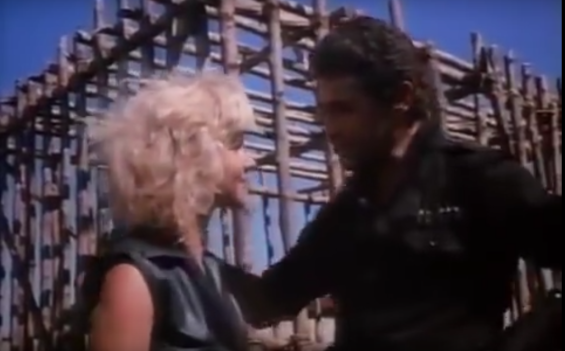 Our story begins with typical not-Mad-Max archetype, Trace, entering a merchant village. Here we’re introduced to his younger sister, Arlie, and her annoying, controlling boyfriend. In the first five minutes, Arlie’s boyfriend fights in a gladiatorial arena where contestants wear car keys around their necks and beat each other with PVC pipes. Don’t think about it too much. It doesn’t matter. END_OF_DOCUMENT_TOKEN_TO_BE_REPLACED

My Steam library is filled with post-apocalyptic games. Generally, I’ll pick up (or at least wishlist) any apocalyptic game I come across. Desert Law, a real time strategy game, has been in my library for about two years. I picked it up on sale, played it for 10 minutes, and then uninstalled it. However, enough time has passed that I thought the game deserved another chance. Unfortunately, the game aged about as well as a bloated corpse in the wasteland sun.

Desert Law’s narrative makes Wasteland Angel look complex by comparison. After the apocalypse, tribes of road warriors kill each other over booze and car parts. What kind of apocalypse is this? We don’t really know. The entire world is a desert and some places are populated by angry sentient zombies napping beneath the sand.
Here’s the story: Generic wastelander Brad wants to woo a girl for mating season, but rival tribes of gangsters and pre-apocalypse military keep mucking up his plans. Brad convinces his tribe to kill everyone in their way until Jane (the love interest) notices him. END_OF_DOCUMENT_TOKEN_TO_BE_REPLACED

Following the success of Mad Max 2 was a handful of post-apocalyptic B-movies. Among those was The New Barbarians (aka Warriors of the Wasteland), a dirt-cheap Italian knock off. Despite a slow start, this movie actually isn’t terrible, it just has low production values. However, I noticed a lot of similarities between this film and She Wolves of the Wasteland. Both have alternate titles. Both have promising, but underdeveloped plots and concepts. Both suffer from poor editing and a lack of closure. For that reason, let’s use a similar four points system as She Wolves, with one exception.

The story begins nine years after the nuclear holocaust of 2010 (thanks, Obama). We open on a small caravan who has just discovered “The Signal,” a mythological radio frequency supposedly centered on Earth’s last city. Unfortunately, before the tribe can decipher the coordinates, they’re attacked by a rival tribe of motorized marauders called “The Templars” whose only goal is to destroy all human life…because reasons.

The Templars crush their enemies with a mixture of explosives and laser guns. At night, timid humans wrapped up in white rags scurry around the wreck, looting all they can. We never learn who these scavengers are, but they have a striking resemblance to the Buzzards from Mad Max: Fury Road.  Before they can divvy up the loot, a muscle car with a glowing green roof roars out of the blackness. Enter our hero, Scorpion. END_OF_DOCUMENT_TOKEN_TO_BE_REPLACED