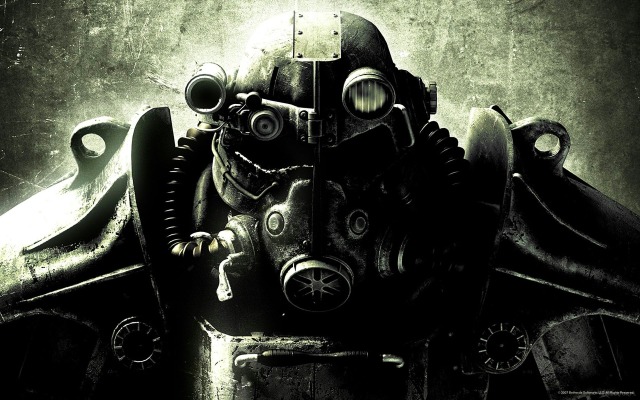 When I first played Fallout 3 on my Xbox 360 way back in 2008, I found myself drawn to the hubs and the quests. Exploring the wasteland was fun, but ultimately I was looking for structure and a story. I’ve recently booted up Fallout 3 again, but this time on the PC. With extreme (but lore friendly) modding, I’ve found the exploration aspect far more enjoyable and the quests frankly lackluster. I want to deconstruct the quests in Fallout 3 to think about how they work in relation to an open world map and the player character’s development choices.

Let’s start with the basics. Not counting the three childhood quests, Fallout 3 has a total of 66 quests in the base game: 10 story quests, 18 side quests, 22 unmarked side quests, and 16 repeatable fetch quests. Again, I want to briefly break down each of these to see how they’ve made use of the new environment and the RPG elements. 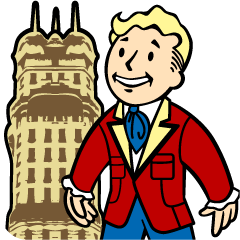 You know what? “Tenpenny Tower” is a good quest. It’s well structured, it’s got some great roleplaying options to expand your character, and it has three major endings, each of which has a noticeable impact on a prominent trading hub. Unfortunately, the entire quest falls apart after it has been completed.

END_OF_DOCUMENT_TOKEN_TO_BE_REPLACED

Wasteland legend tells of a tumbling pad of pallid paper filled with horrors beyond comprehension and meaning. Those who stumble across this legendary “Whatpad” rarely live to tell the tale…

“Tales from the Whatpad” is an dramatic reading of terrible post-apocalyptic fan fiction.

Witnessing the great cave lake behind me, I turned back to the hulking horror and asked him if we could make a deal. I would start a caravan: taking water from the cave, bringing it to Abundance, and then paying Urmit with some dog-tags on my return. The mutant did not like that.

“Eh, I’ve got no use for tags.” Urmit replied. He licked his lips, “It’s been awfully hot. I’ve been dryin out, losin a lotta mass. Need me some protein to get back to full size.”

At that moment, I realized why I was in the cage. He had planned on eating me, at least initially. However, I could tell from the modern comforts of his home that Urmit was educated. That meant he could be reasoned with. I just had to lead him to my way of thinking.

“Tell ya what, big guy,” I began. “You let me go, I’ll bring you some protein. As much as you want. Maybe a nice plump chicken?”

The horror snorted “Heh, there hasn’t been no real chickens in da Mo-Javi for a long time. Just tacultia these days.” His gaze narrowed. “What game are you playin, boy?”

Mentally, I slapped my forehead, but kept a calm expression. One farmer at the bar in Abundance had offered me tacultia meat if I brought him water. Turns out I really did have the advantage.

“You haven’t seen the tacultia I get. Not from Abundance at all.” I lied. “They taste just like the real thing.”

The mutant licked his lips, but his eyes winced. He could tell I was lying, but a small part of him believed me.

“Look, I’m in the caravan business, see?” I said, only partially lying this time. “You let me leave with some water and I’ll send my boys up here with two tacultia per shipment of water. Sound fair?”

Although it was true that I didn’t have a caravan yet, I would be able to hire as many people as I wanted once I controlled the water. I stuck my hand through the cage to make a deal.

The horror inhaled deeply through his piggish nose. His eyes stared off into the darkness. Finally, his mouth opened slightly. He had an idea.

“Tell ya what?” Urmit began. “I cripple you. Break onna your arms, maybe a hand. You come back, I use my…gifts to heal you, good as new. It’ll be like it never ‘appened.”

I’m no expert in mutants, but I didn’t believe this creature could heal broken bones. This prompted the horror to give me a show of force. Urmit gripped my extended pinky finger and jammed it to the side as hard as he could. A sharp pain shot out from the base of my finger to the end of my wrist. I was almost laughing in pain as the mutant let me observe my broken hand.

With a grotesque squish, like a wet towel smacking into tile, the horror’s own hand turned into an indistinct mass of glowing mucus. The mound opened up like a toothless mouth and Urmit guided my hand into the maw. The mouth closed on my wrist. It was unpleasant and warm. My hand felt like it was submerged in a bowl of gelatin. The good news is that the pain in my finger instantly vanished. After a minute or so, the horror released my hand and molded his own to a more familiar humanoid shape.

I held my wrist in awe. It was a bit slimy, but otherwise miraculously repaired.

“So…” Urmit said, breaking the silence. “I’ll break ‘ur arm, letcha go, and then fix ya up when you come back.” He smiled ear to ear, exposing a mouthful of needle-like teeth. “Whadda shay?”

“Could we do something a bit less painful?” I asked. “I still need to defend myself on the way back to town.”

“Alrighty, which hand do you write with? I’ll leave that one intact.”

This is going to hurt….