In this interview, Evan and I talk about post-apocalytpia, Wasteland Weekend,  voice acting, and wing sauce! Hope you’ll give it a listen!

Wannabes, losers, shysters, and gamblers! Lend me your ears! 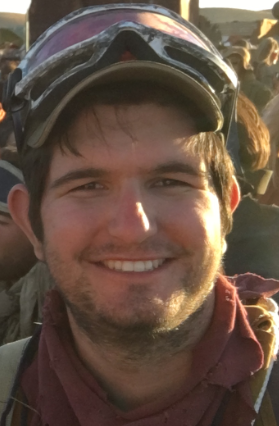 The name’s Joe Junkman. I’m kind of a big deal around the Mo-Javi. If you haven’t seen my name slapped on a Junkman Caravan Co. caravan cart, you’ve probably seen it on Junkman brand spoons, Junkman brand refurbished boots, or more likely The Wasteland Survival Guide (written by Joe Junkman).

Now I know what you’re thinking. How in Kass’ name did a know-nothing wastelander without a single dog-tag to his name, come to have his own caravan company, market, and refurbishment factory, you ask? One word. Persuasion. See, when you use the right words, you can convince people of anything. That rusty old spoon? Give it a coat of chrome spray paint and you can convince wastelanders it’s real silver. It also helps when you’re not afraid to ask for more than you’re worth. END_OF_DOCUMENT_TOKEN_TO_BE_REPLACED

It’s all coming together…

Saul Fore wouldn’t take me in, so I had to find my own lodging. The good news is that I still had the dog tags he gave me. The bad news is that I could only afford lodging in the mutant part of town. It might be a while before the cash rolls in, so I’ve got to stretch these tags for as long as possible. I hope things pick up soon; my new Undying neighbors don’t trust me and are extremely sick.

I was trying to stay away from the apartment as much as possible. I started with a tour of the BLVD. It’s a big place, probably two or three thousand people. I can’t believe how many businesses there are around here. Aside from the blacksmiths, there’s cooks, doctors, tattoo artists, and even a dentist! All those are nice, but I had my own concerns. If I was going to produce a list of all the BLVD’s laws, I’d need some paper or maybe a printing press.

As fate would have it, I bumped into the weasel who writes the local news rag. He was a short guy in a grimy blue suit tearing at the shoulders. An ugly straw hat hid his red hair. He was so preoccupied writing onto his notepad that he bumped right into me.

“Hey! I recognize you. You’re that guy who got caught after curfew.” The pressman said with a sideways smile. “Care for an interview?”

I shrugged my shoulders.

I didn’t smile, but the sides of my mouth pulled tight. “Joe Junkman” I replied.

I noticed that the pressman had something hanging around his neck. It was one of those old cameras that spits out the pictures. I was surprised that he could find enough film to use it.

Mr. McGavin must have caught me staring because he immediately raised his camera and said “How bout a photo?” He paused “Only ten…er…only 15 dog tags! It’s a steal!”

Mr. McGavin and I both had a good chuckle.

I think we’ll get along just fine…